This past Thursday evening and Friday afternoon, I attended my first Northern California Independent Bookseller Association (NCIBA) Discover Show at the South San Francisco Conference Center. It was also the first year my publisher Eastwind Books of Berkeley could have a table as an independent publisher.

I’m not sure what my expectations were, to tell you the truth. I knew It was going to be an opportunity to get in front of booksellers for indie bookstores. A walk around the exhibit hall told me one thing: the major publishers – Knopf, Simon & Schuster, HarperCollins, Penguin Random House, and Hachette were the big giants on the conference floor. At Knopf, tall flutes of champagne were handed out along with plates of biscotti. And all of them had stacks of advance reader copies, so no doubt those were the popular booths, as many a book buyer was weighed down by totes overflowing with free books.

Despite the low foot traffic, however, we had some good quality contacts. The book buyer for Reach and Teach (144 W 25th Avenue, San Mateo, CA 94403), an independent bookstore that features toys, books, posters and music “promoting nonviolence along with social, race and gender equality,” noted that Eastwind Books of Berkeley’s titles were a perfect fit for his shop. And the book buyer for the landmark independent City Lights Books stopped by with promising news about ordering Eastwind books. 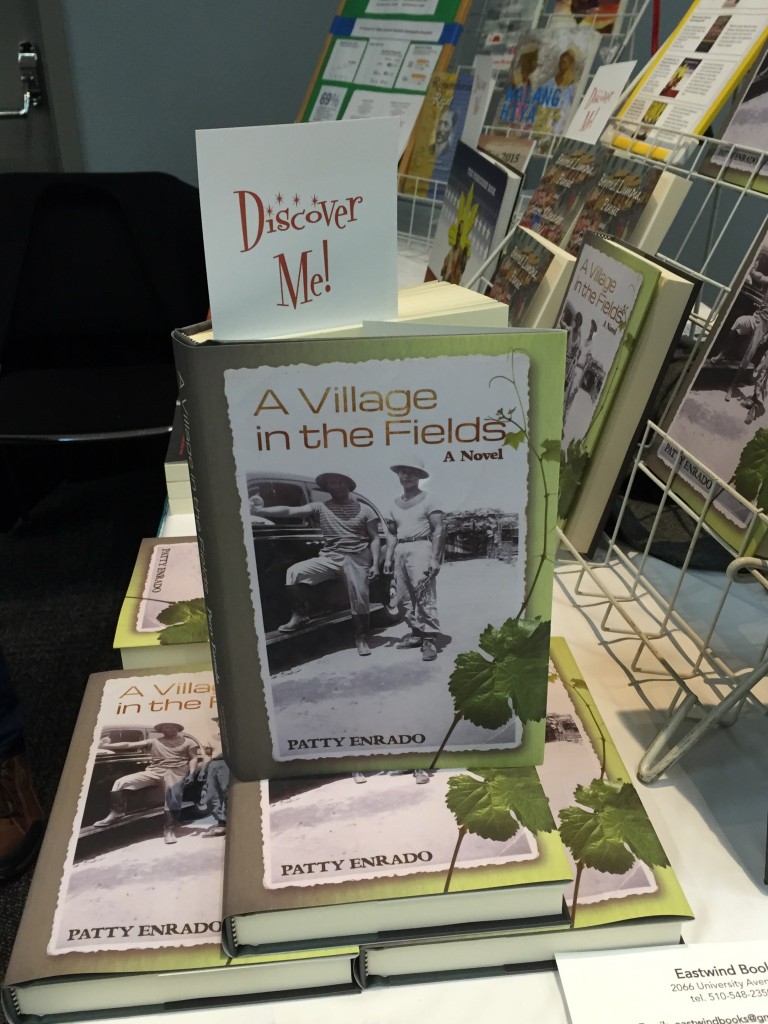 I spoke at length with a rep from a book publisher who was interested in my novel. We ended up talking about AP world history since he used to be an AP world history, but we also talked about the importance of including all history in our country’s history books and teachings. He was preaching to the choir.

I was told that the show is shrinking. This is not surprising, given that many indie bookstores have shuttered, including former big show sponsor Cody’s. One hopes that at the show sessions stakeholders talked about how to keep indie bookshops relevant to readers and even growing readership. It’s an uphill battle, but a worthy one to claim.